How youth can reshape political participation in Nigeria – Mail and Guardian

How youth can reshape political participation in Nigeria – Mail and Guardian 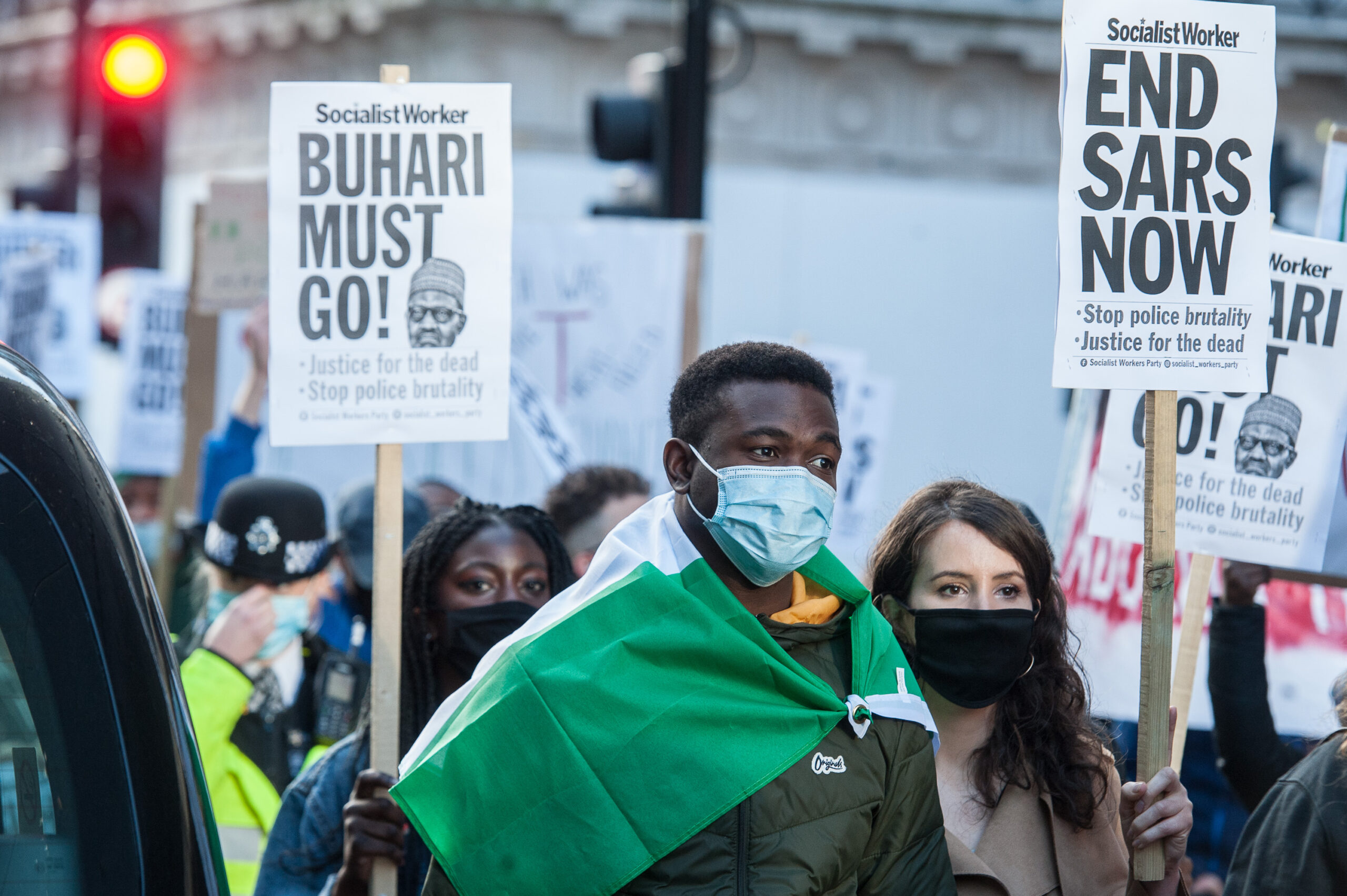 If recent electoral contests held in Lagos, Imo, Bayelsa, Plateau and Abia are an indicator, the civic awakening that seemed apparent at the height of the demonstrations in October 2020, has thus far failed to spill over into the electoral realm. Voter apathy, which typifies Nigerian elections, has been a notable feature of these polls.

But as the 2023 elections draw closer amid a gloomy political and economic outlook, Nigeria’s young voters and activists are yet again being pushed to consider their role in politics, while trying to navigate the relative power of protest and electoral politics as modes of civic participation.

Activists and organisers who participated in the #EndSars protests must decide between redoubling their efforts or stepping back from all contentious political activity; whether, and how, to change tactics; what issues they should focus on; or if abstaining completely from electoral politics would be the most powerful statement.

These questions are particularly pressing for Nigeria’s so-called “s’oro s’oke generation” or what I like to call the “70 Percent Club” — the cohort of Nigerians believed to be 30 years old or younger.

In a country as large and heterogeneous as Nigeria, these young people come from all walks of life and have different experiences, but they also share some important commonalities. They have no little to no memory of Nigeria under military rule, they increasingly reject the respectability politics that govern intergenerational social interactions, and they are very online. #EndSars was undeniably their moment; their introduction to the world as a social force to be reckoned with.

#EndSars as a struggle in the public square coincided with the takeover of the virtual one, much of it driven by this “70 Percent Club”. Even as the protests gathered steam in early October 2020, the overwhelming majority of Nigeria’s print and broadcast media — whose ownership structure is largely concentrated in the hands of political entrepreneurs with close links to government officials and the Nigerian state — gave little to no coverage to the protests.

But in a country where 61% of the population has access to the internet, these attempts to stymie the protests proved to be a miscalculation. Young Nigerians do not rely on newspapers, television and the radio for news and information to the same degree their parents and grandparents do.

According to 2019 findings by NOI Polls, 70% of Nigerians aged 18 to 35 years old have access to the internet, compared with 56% of those aged 36 to 60. About 20% of the Nigerian population has a Twitter account, with young people again the more likely users. WhatsApp and Facebook have even more significant numbers of users.

During the protests, social media users got the #EndSars hashtag trending globally. The millions of unique impressions on Twitter and other platforms gained the attention of international celebrities and the Nigerian diaspora. Online spaces and new media platforms like Pulse Nigeria, Zikoko and The Native quickly worked to fill the gaps left open by legacy media.

The digital prowess young Nigerians displayed during the #EndSars protests played a huge role in its reach, fundraising, coordination and message discipline. They used online platforms to share information in real time, co-ordinate activities with protesters across the country, fight misinformation, and document important events such as attempts by hired thugs and pro-government forces to subvert the protests and the fatal shootings in Lekki on 20 October.

Women were at the heart of this movement, with The Feminist Coalition playing a critical co-ordinating role, alongside Sars victims’ mothers’ groups, in demanding transparency and accountability for victims of police brutality.

The challenge now is how to institutionalise the vibrant online activism demonstrated during the #EndSars protests into electoral politics and broader civic participation. The protests did a lot to dispel the myth of apathy among so-called “lazy Nigerian youths”, who have been forced to provide social goods and services for themselves amid a weak state incapable of meeting their basic needs.

The immense strides the information and communication technology and creative sectors have made in the last decade largely reflects the ingenuity and entrepreneurialism of the “70 Percent Club”. Far from being frivolous and lazy, young Nigerians have simply lost hope in institutions that do not serve their interests or reflect their preferences. Their low participation rates in electoral contests reflect disenchantment with the ruling elites and the systems of governance they oversee.

But this disillusionment with the political system and the lack of trust in civic norms and institutions represents the best opportunity to reshape political participation in Nigeria. There is a need to shift Nigeria’s civic culture from one skewed overwhelmingly towards elections as the primary means of participation, and towards a system inclusive of mass civic activism designed to trigger long-term political development and social change.

This effort must start with building the kinds of “mediating structures” Alexis de Tocqueville argued strengthened democracies by providing alternative loyalty bases and sources of information for citizens. These mutually reinforcing online and offline entities would serve as a bulwark against dominant political forces, and as intermediaries between citizens and the Nigerian state, who are socially distant from each other.

Learning from the past

A crucial mistake made after the collapse of military rule and return to civilian democracy in 1999 was the failure to connect institutional politics — understood narrowly as represented by political parties and elections — to the participatory ethos that energised the pro-democracy movement of the 1990s. Electoral politics returned to being the crown jewel of civic participation in Nigeria’s civilian democracy, with many democracy activists — some of them erstwhile politicians — running for and winning elected office, or being appointed to government and party positions.

At the same time, civil society organisations arguably did not, and still do not, serve as intermediaries between citizens and state, acting more as entrenched, professional middle-class interests or even as an extension of the political class. Many civil society organisations rely on international donors for funding — when they are not covertly funded by political figures — and have come to prioritise access and closeness to government and foreign donors, raising questions among their critics about their ability to be effective intermediary institutions.

The weakness of the rule of law and a culture of opacity in government, combined with the aforementioned tendencies, makes contemporary organised civil society organisations incapable of, and unsuited to, being a credible mouthpiece for young, socially networked Nigerians.

Historically, organised activism in Nigeria leaned towards centralised representation, usually in the form of professional organisations, trade associations and farmer, labour and student unions. The #EndSars protests were structured differently, resembling the many “leaderless” movements that have emerged across the world in recent years.

Although Lagos served as a sort of symbolic capital of the movement, the protests were decentralised away from any one geographic location or group and were truly national in scope. Nigerians in 21 of the 36 states participated in demonstrations, together with diaspora supporters in London, Johannesburg, Washington DC and elsewhere.

Time will tell whether this format of mass activism will become the norm in Nigeria, but its spontaneity, message discipline and organisational prowess caught the establishment by surprise. This in part explains the violent crackdown that brought the protests to a halt, as well as the continued repression by state authorities against key organisers and ordinary protesters. Many demonstrators remain detained, with the whereabouts of more than a handful an open question. Others saw bank accounts frozen or had their passports seized.

Given the varied manifestations of poor governance across the country that the #EndSars protests sought to challenge, it stands to reason that localised organising that reflects the reality of Nigerians in their immediate communities should drive the establishment of mediating structures. But if the broader trends that emerged during the protests are to have any significance during the 2023 elections, the demands of Nigerian political organising should not be directed solely at centres of power like the major cities and state capitals.

Although the #EndSars movement drew on a cross-representation of Nigerians, the most dominant narratives and visible organisers emerged from Lagos, which served as the protests’ centre of gravity to a large extent. The emergent forums and collective platforms that formed during the protests demonstrate the necessity of broader inclusivity of Nigerians across different income groups, regions and communities.

Mediating structures must be designed to broaden constituencies and bring in voices who may not be well-represented among Nigeria’s online population. The problems of governance in Nigeria might have similar dimensions across the board, but they manifest themselves differently everywhere, and these mediating institutions ought to reflect these nuances. Solutions that might work in Abia might not be replicable in Zamfara, and vice-versa.

With the myriad of challenges bedevilling Nigeria, efforts to resolve them cannot wait until 2023 — and neither should Nigerians. Young people should be encouraged to register to vote and join political parties and other organs of institutional politics, but these efforts should be coupled with a commitment to building long-term civic institutions that give youths a means of engaging political systems and actors beyond election day.

More civic participation by youths will not guarantee better governance outcomes, but it does raise the odds of bridging the significant gap between those deciding policy and those who have to weather its effects. And that is a useful point of departure.

This is part of a series of essays exploring the state of electoral democracy in Africa that is being run in conjunction with the Abuja-based Centre for Democracy and Development.