IPOB, MASSOB urge Igbo to sit at home May 30 – Guardian

IPOB, MASSOB urge Igbo to sit at home May 30 – Guardian 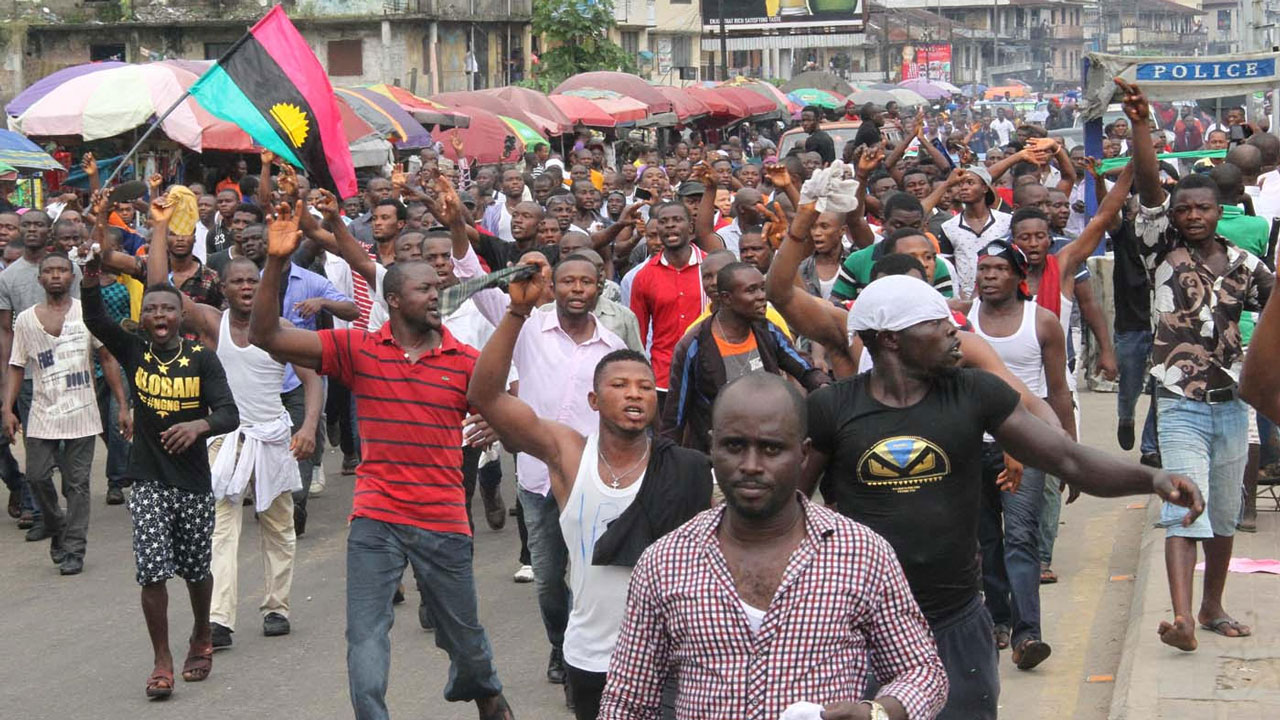 Indigenous People of Biafra (IPOB) and Movement for the Actualisation of the Sovereign State of Biafra (MASSOB) have announced a sit-at-home on May 30, 2021 to mark the anniversary of Biafra.

The groups stated yesterday that the exercise would be observed in all states of the South East and South South zones, as well as Abuja, Lagos and northern towns with reasonable Biafra populations.

“The sit-at-home order is also to be observed in all the markets within and outside Biafraland where our people do their businesses. It shall also be observed by Diasporan Biafrans in the over 100 countries where the IPOB family is present.

“We equally request our fellow comrades in Yoruba, Middle Belt and other Christians living in the far North to solidarise with us, as we honour all those who paid the supreme price in our struggle for total freedom,” the statement signed by IPOB’s Media and Publicity Secretary, Emma Powerful, read in part.

The heroes to be honoured, according the statement, include the Imo State Commander of Eastern Security Network (ESN), Andy Nwaokike (a.k.a. Ikonso), and his men murdered last week by the Nigerian security agents.

Director of Information, MASSOB, Samuel Edeson, added: “May 30 is very dear to Biafrans because it is the date our hero, Chukwuemeka Odumegwu Ojukwu, declared our resistance to the genocidal attacks by Nigerian soldiers, which culminated in the 30-month civil war from 1967 to 1970. We shall always remember all those who died in the course of the war and our march to freedom.

“Consequently, there will be no movement on the roads throughout Biafraland, no banking or financial services in our territory, no commercial activity of any kind. The National Union of Road Transport Workers (NURTW), National Association of Road Transport Owners (NARTO), Luxurious Bus Associations of Nigeria (LUBAN), motorcycle and tricycle associations, antisans, parks, airports, seaports, and others in Biafra land are advised to shut down completely on that day.

“There will be no procession or protest anywhere in Biafra land on that day. Everyone is to stay indoors. No church service on that day in Biafraland. Nobody is expected to flout this directive.”