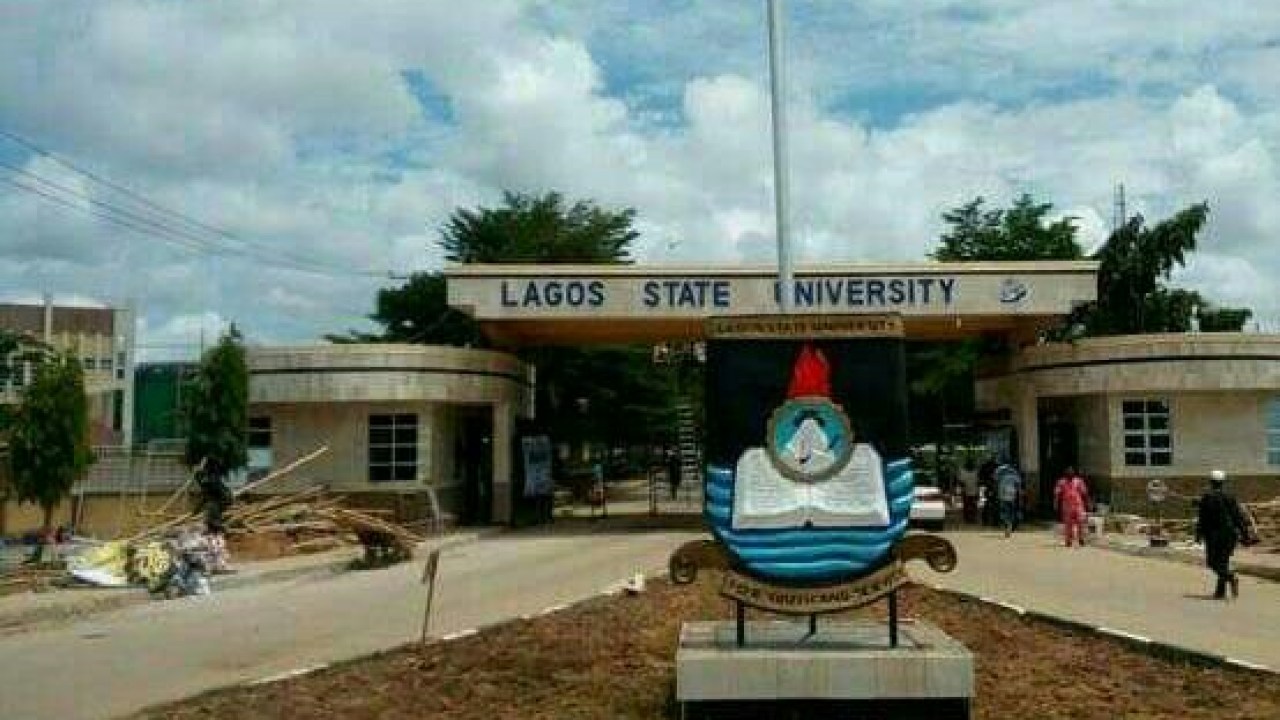 There have been so many issues in the news that should be discussed here this week even without suspending my theme for this month: ‘Six years of excuses, 22 years of locusts’. I have to suspend the theme to address what I have considered a weightier matter of the law and governance: politics of appointing a new Vice Chancellor for the Lagos State University. Barely two months ago, I celebrated the university’s achievement.

It is very difficult, for instance, to ignore the fact that Nigeria is losing more soldiers and policemen in its war theatres. We lost our new army chief, some generals and top air-force officers who were in pursuit of our peace at the weekend. This is a perilous time. Is it easy to ignore the careless and toxic statement of our attorney general of the federation on southern governors’ ban open grazing? It is fitting that a ‘more learned’ legal luminary and governor of Ondo State, Arakunrin Rotimi Akeredolu, an emerging clear leader, has remarkably hacked Abubakar Malami ‘for his bad verses’. One can only say that Akeredolu’s consistency and candour in these times have been helpful in deconstructing the curiously perilous times in our country.

LASU Again
LET’S discuss the Lagos State University’s current leadership succession crisis. I think the LASU’s current challenge should not be left to the devices of political leaders who have not been explaining the complexity of the crisis arising from complicated processes of appointing a vice chancellor of the university that has just been rated by a global body as second to only the Nigeria’s premier university in Ibadan. I am quite concerned about the image of the university, which should not be tampered with at this time. I am not a product of LASU but as I noted in a recent comment here, the Lagos State University is beginning to make a significant point for federalism. And so that should form the basis for why all old students of the university and citizens of Lagos state and indeed all public intellectuals should be interested in happenings there at this time.

At the weekend, the Lagos State Governor, Babajide Sanwo-Olu endorsed the recommendations of the visitation panel to the university including the dissolution of the institution’s Adebayo Ninalowo-led governing council.

Mr. Sanwo-Olu, who had been in dilemma since the panel, headed by the Pro-chancellor of the Ekiti State University and former Vice-Chancellor of Obafemi Awolowo University, Ile-Ife, Professor Bamitale Omole, submitted its report on May 10, took the decision on Friday.

Other members of the visitation panel are a former vice-chancellor of the University of Port Harcourt, Joseph Ajienka; a political scientist, Professor Ayo Olukotun; former Lagos Solicitor-General, Lawal Pedro; former Registrar of University of Ibadan (UI), Olujimi Olukoya, and a director in the state’s public service, Funmilola Olajide, who functioned as the panel’s secretary.

In a statement by the commissioner for information, Mr. Gbenga Omotosho, the governor listed six adopted recommendations to include governing council dissolution, cancellation of the second selection process, exemption of members of the university’s senate who participated in the failed processes from taking part in the new processes. In the same vein, the university’s registrar, Olayinka Amuni, has also been asked to embark on compulsory leave pending the conclusion of a new process.

According to reports, Mr. Amuni is being punished for alleged failure to guide the governing council to adhere strictly to the laws in the selection process in the appointment of the institution’s 9th substantive vice-chancellor.

Also, the panel, in its three-volume report, has recommended the constitution of another “full-fledged visitation panel to the university,” and the governor has also endorsed the recommendation.

Reminiscence:
FIVE years after relative peace returned to the university, LASU is again attracting public attention for the wrong reasons. It is beginning to appear that the unending controversies over the appointment of a successor for the institution’s 8th substantive VC, Olanrewaju Fagbohun, may have taken the shine off the university’s recent gains, which threw it up as Nigeria’s second-best university in the last two years consecutively. After rejecting the first nominations by the university’s governing council earlier in the year because of complaints by some applicants and others, Mr. Sanwo-Olu ordered a fresh process by the same selection committee of the governing council. But the council had consistently ranked a professor of public health and director of the university’s research and innovation unit, Olumuyiwa Odusanya, first in its recommendations. A former chairperson of the university’s branch of the Academic Staff Union of Universities (ASUU), Kabir Akinyemi, ranked second in the first exercise, a former deputy vice-chancellor, Sena Bakre, was ranked third.

However, in March, after another round of rigorous selection processes, a fresh recommendation was made to the governor with the best three: professor Odusanya, who scored 87.94 per cent; a professor of public health at Usmanu Danfodio University, Sokoto, Mohammed Ibrahim, who scored 80.95 per cent, and a professor of public mental health and incumbent acting provost of the university’s college of medicine, Abiodun Adewuya, with 76.61 per cent, taking first, second and third positions respectively. There have been allegations of compromise against the governing council, and particularly the institution’s joint senate and council selection committee.

But the development at the weekend has sent signals of imminent crisis at the Lagos State University unless it is well managed and justice is served.

‘Let’s for a moment leave the meretricious story of a nation celebrating release of kidnapped school children every week while other nations are celebrating enterprise, entrepreneurship and scientific discoveries. Let’s discuss a testimony of a university that has risen from obscurity to significance within the context of federalism, an idea whose time has come for the people but which our leaders would not like anyone to talk about. I would like to draw attention to lessons we can learn from a recent consistency, efficiency and organisational excellence from the Lagos State University, which was clearly underrated a few years ago. Today, in terms of global rating, the State University is sandwiched between two indisputable federal giants, the Universities of Ibadan and Lagos. This is not a construct we should just ignore because Lagos and Abuja curiously hate each other for political reasons. This is a story that defines development. This is a contextual reporting of federalism, a concept most hypocrites and power elite would not like the media to mention. Let’s celebrate the powers that have rebuilt the Lagos State University (LASU) from grass to grace.

As usual, the United States claims a record eight places in the top 10, after the University of California, Berkeley, climbed six places to seventh, but US universities outside the top 200 show signs of decline, according to THE, which enjoys global recognition too.

There were 141 first-time entrants in the rankings this year, topped by France’s recently merged Paris-Saclay University (joint 178th).

India has the highest number of new entries (14) and as a result, boasts a record number of ranked institutions (63). A breakdown of the ranking further shows that University of Ibadan rose to the 401- 500 bracket to overtake Covenant University, which witnessed a drop from 2018’s 636 position to remain at the top 1,000. Covenant University was ranked as Nigeria’s best university in THE’s 2020 report after usurping UI since 2018.

This is the profile of LASU whose brand reputation is about to be damaged because of carelessness and what appears to be a celebration of politics over corporate governance process. And so here is the thing, the Lagos State Governor, Visitor to the Lagos State University has a lot to borrow from the way the university of Lagos was recently saved from some spoilers and political actors who wanted to damage the brand equity of the great University of Lagos, Akoka. The President, Muhammadu Buhari managed the crisis well when justice was served.

The Governor of Lagos and his people need to explain quickly to the people why two processes have to be discarded like that. There have been dark hints about some new NUC processes on how professors of medical sciences who didn’t obtain organic doctorate degrees cannot be vice chancellors in this country.

There have also been hushed talks about curious desperation to guide a new Governing Council and a selection team to select a particular female professor to be vice chancellor. People who should know are saying to people who need to know that stakeholders should wait for the eventual ‘anointing’ of the female professor who must be crowned vice chancellor at all cost. These are not good speculations for LASU, which should be developed to a world-class university that should really drive development of a state that aspires to be the third largest economy in Africa. In this digital age when world-class universities are producing professors of practice among professionals and experts who didn’t obtain doctorate degrees, people need to know why even the National Universities should insist that professors of medical sciences who didn’t obtain doctorate degrees cannot be vice chancellors. But the conclusion of the whole matter is that Governor Sanwo-Olu who is fast emerging as a quiet operator and a go-getter should not allow any externality and indeed little minds to trigger processes that can damage the reputation of the emerging power house, the Lagos State University. The conundrum about the selection processes of the new vice chancellor must be explained to the people to deepen understanding of the current crisis (of confidence) in the University.