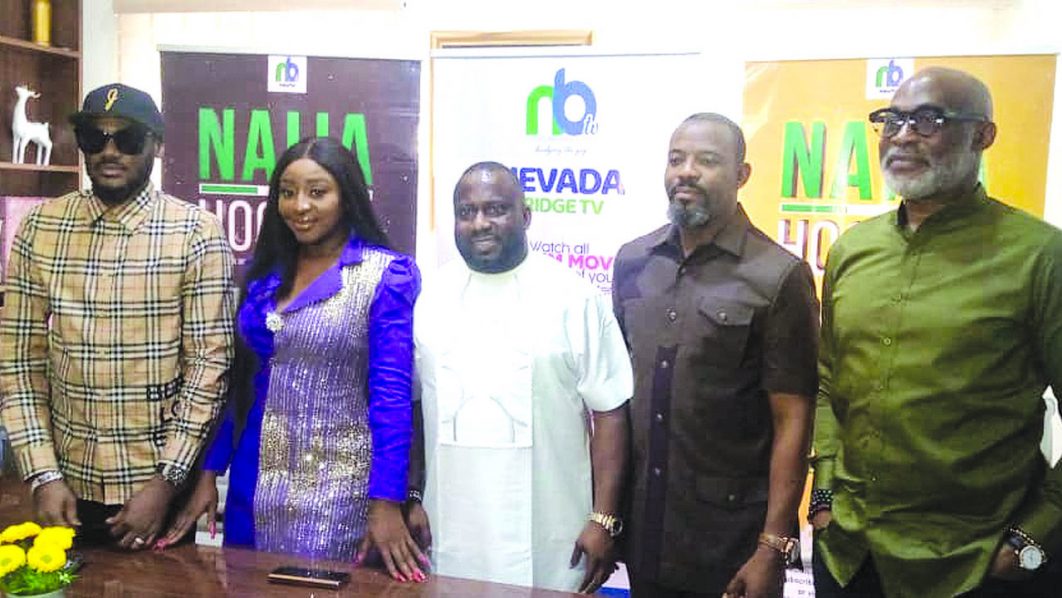 Contestants for the show will have to showcase their culture, talent, and creativity in a 45 seconds video to be selected by the judges. The winner will go home with an N20 million cash prize and a car, while the first runner-up would get N10m, and the second runner-up would get N5m.

Speaking during the unveiling, CEO, Nevada Bridge TV, Neville Sajere, said, “this is a reality show by Nigerians for Nigerians; it’s a show that promotes our culture and unity. This is a 100 per cent Nigeria show that gives the nostalgic feeling of the hood where one is raised. We have a rich culture, so, this show is going to promote that culture, and let the world know much about our rich heritage”.

On the number of contestants, he said, “We are expecting 21 contestants and the judges will select from there. But so far, we have over 50,000 entries, and we will take off between June and July.

Speaking on the project, RMD said, “I hope to learn from all the hoods that will be represented. It’s going to be a high breed of the reality show and that in itself will bring a new twist to it. I am excited.

“I am expecting originality, authenticity, and telling it as it is. Sometimes reality looks funnier than staged drama. Reality to me is very complex and when you mix people together from different hoods, it will explode.

“I am looking out for people with original ideas, people who truly bring to light where they are coming from, people who can tell their stories. The contestants are coming to tell their truths about where they come from and become a beacon for their hoods and also draw attention to it. They can use the show to highlight the problems in their area,” he said.

Speaking on the amount of influence the environment can have on individuals and the role of the entertainment industry, the leading actor said, “we are all products of our environment; what constitutes the environment are the people, the elements of nature and man-made things. Just imagine a Nigeria without football, music, movies… at the end of the day, what defines us is our love for our flag and colours, language, fashion, and ourselves.”

He continued: “Burna Boy just won the Grammys and everybody is embracing him because he’s one of us. 2Baba, Tiwa Savage, Davido, Wizkid, RMD, Genevieve, Ini Edo are exports. We embrace Nigerians doing well, we don’t care if his name is Musa, Damilola, or Efe, anywhere there is a Nigerian we embrace and it usually comes through sports and entertainment.”

On her part, Ini Edo said, “this project means everything to me; it’s going to speak about our roots, trying to celebrate where we come from, giving the grassroots the opportunity to show us what they have. We are going to see a lot of skills, talents, ideas, and different ways of life of the people”.

2baba remarked, “it’s exciting, I am looking forward to the whole show. For me, it’s an introduction to the real grassroots of Nigeria, and that’s what I am majorly looking out for, people that can bring down the hoods to us, show us the pictures of all they are about.”

On his expectations, Okey Bakasi, said, “I will be looking out for confidence because a confident person can express himself. I don’t want someone who is naïve; one who can’t express his/herself.”