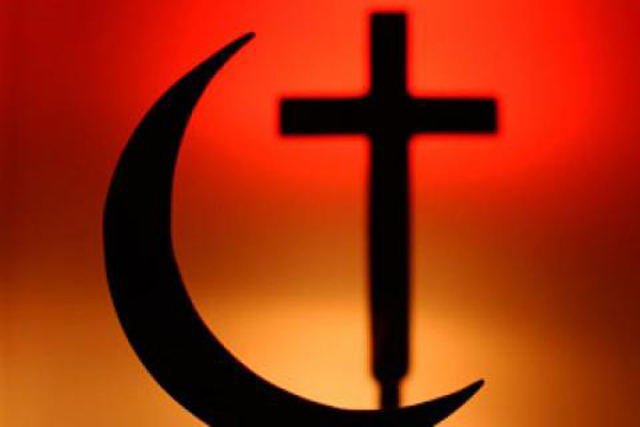 As I believe that every somehow educated Nigerian should know, the various churches and religious bodies provide chaplaincy services to the military forces in every nation of the world. Two reasons necessitate these services.

First, whenever these men are involved with fighting, as the primary reason for the profession and their formations (properly, to defend or protect the people of their countries), they are in danger of dying; and so always need to be spiritually reminded and helped to live each day as if it was going to be the last.

However, besides that, and especially in peacetime and other non-fully full-scale wars where they are used to do more than the civic duties of the police, they are used to doing all kinds of forceful extortions and other associated evils; and with all amounts of impunities. So, they need to be helped always – in peacetime as well as in war times – to avoid such easily lived evil lives. Even Jesus the Christ, in his earliest spiritual ministrations when the people asked him what they are to do in order to respond well to the repentance of which he spoke about, talked about soldiers not forcing all sorts of intimidation on the people. That is the very basis of this ministration; because it is a perpetual human problem; as ready and as perennial as the grass!

With these military services, the understanding of the life of these soldiers is of such importance in providing this ministration that it requires for the ministering priests of these various religions, to become soldiers themselves. So, these ministers are true, members of those armed forces; and in the more civilized countries of the world, rising up to the ranks of generals before they are retired. However, in our not so civilized Nigeria, by the time they become colonels, they usually retire them! And they are happy, as a country, to continue with that primitivity. However, “God day shaa”, as they say; and one day He will save us and bring us out of these primitivities – as long as we keep recognizing them, calling attention to them, and doing all we can to educate ourselves that such primitivities and stupidities will not take us anywhere as a country! In the same light, we must keep praying for these religious leaders to be truly spiritual and not just other evils worse than they have been called to reduce in these places as we see them doing all over the places!

One other place that the religious bodies run chaplaincies is in hospitals where we are always confronted with people in situations of life and death, where the necessarily highly and widely knowledgeable medical doctors, in the face of these threatening life and death conditions, are always confronted with many temptations to do less than the optimal good with this knowledge and skills! This is the reason that the profession has to admit them to solemn oaths never to consider such alternatives to the utmost health of the patient (such as money, politics, religion, popularity, sex, etc) before they will ever be licensed to practice the profession! So, both the patients confronting the imminent possibilities of death and the doctors (and their closest workers, the nurses and midwives especially) with the temptation of doing related evils with such dire situations, need to be serviced with such chaplaincies, to help them live as ought. However, the nature of these two conditions does not need anybody being inside them to be able to minister to either the patients or these health workers. So, unlike in the armies, the spiritual ministers never needed to become patients or medical doctors themselves to run these chaplaincies.

The other establishments where religious bodies run chaplaincies are the educational institutions. The necessity for this stems from the fact that these are the places (especially the tertiary ones) where the characters and the future of all of the societies and their leaders are laid and nurtured. Both the students and the teachers need to be helped to do these in holistically balanced ways; otherwise, the whole future of such nations will be lost in chaos. Again the nature and wisdom of this good formation are very clear to everyone, and the chaplains need neither becomes students nor teachers to be able to understand and to do this; though it may help them a bit to be so! However, ever before they would become such chaplains, they would have been students at all the levels of learning that exists in the world; and many times also, they would have been in the position of teachers, or things like it. So, they are entirely well geared for these services.

However, one other place that needs chaplaincy services in the human society and of which none or only limited such services had ever evolved, properly and fully surprisingly, is in the field of politics! Yet, as everybody who has been interested in watching what politics, as played, does to societies, will immediately know that if there was ever to be a need for such chaplaincy services in any human endeavours at all, then politics is the human endeavour that needs it the most! Politics most easily ruins the people who play it as well as entire nations if done wrongly! Yet, because the level of politics where this is most needed is at the level of partisan politics; which immediately makes it almost impossible to do as a chaplaincy – precisely because chaplaincy and the spiritual life can never be partisan! However, because of the far eviler that partisan politics does to all of the society without exception, it is the place that needs the most spiritual services by very educated, mature, knowledgeable, non-partisan, and incorruptible chaplains. Therefore, the churches and other religious formations must rise up very quickly to find out how to give this service to all the politicians in Nigeria together, irrespective of their political parties. The Nigerian Christian churches and Islamic formations must very quickly create chaplaincies for theirs as well as any other politicians that will be willing to do politics properly; beginning with their most functional levels of formations as the dioceses, provinces, deaneries, circuits and parishes; or whatever their equivalent names are in the other religious groups.

These politicians should be brought together and helped to pursue the true purpose of genuine politics; namely, of the pursuit of the greatest good for the greatest number of the polity evenly, irrespective of the party in power – no nepotisms, no fanaticisms, no tribalisms! Such politicians, irrespective of their political parties, to which they must remain as faithful as ever possible, must learn the wisdom of bi-partisanship or multi-partisanship, voting for the programmes that are best for the people, irrespective of the party that brings it for legislation or other political service implementation. That is the way of righteous political participation, and any genuine or proper politician should only function in this way. Such politicians need a chaplaincy to help them to do exactly like that.

For there to be any educated person living in our Nigeria of this 2021, who would not know that this is a service that the Nigerian churches and other genuine religious formations owes to politicians and to all of us in this country, if ever our politics will come out of the present evil enterprise that it has become, then I would not know what to say of such a person. For the religious groups themselves not to know and to begin to discuss how to do this also, I will also be unable to know what to say to such leaders. And as for me, I will only do the little that I can, to bring this to the religious leaders’ attention; and to ask as many others who can do so to join me to do so. But that is all I can do. There is no doubt that the whole world needs this, in the politics in every country; and developed as fully as possible and not in bits and pieces! There is no reason that such world civilization and development could not start in and from Nigeria (or perhaps, more easily, Ghana, as usual!); or is there? So then, let us all pray that this happens, and soon enough too; through the mercy of God Himself. Amen. God bless Nigeria!