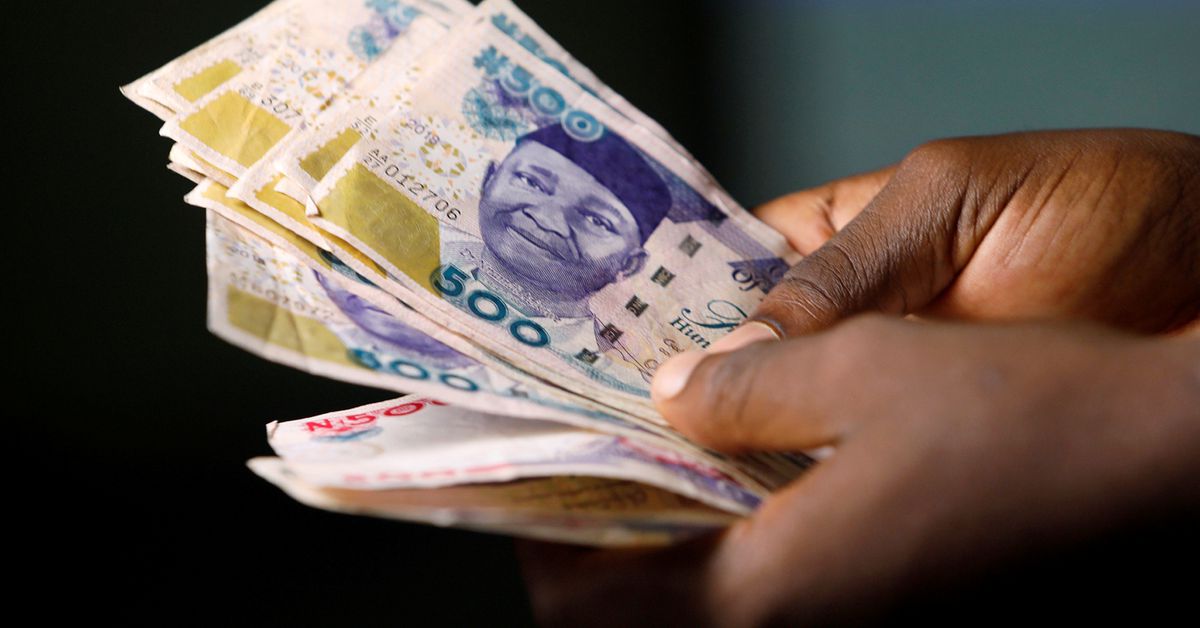 Nigeria let the naira weaken to a record low against the dollar on the official market on Friday, according to traders, who said this could be a move by the central bank to unify multiple exchange rates.

Having traded within a band of 380 and 381 to the dollar since July last year, the naira hit a record low of 419.75 against the dollar on Friday. It then closed at 411.25 — the last closing rate for the naira on the over-the-counter spot market .

The central bank did not respond to calls for comment and no quotes have been available on the naira’s official rate since Tuesday.

It weakened further on the black market, traders said. .

“What the central bank is saying is that the (OTC) spot rate will be the official rate because that’s where the largest volumes trade,” one currency trader at a major Nigerian bank told Reuters.

Nigeria operates multiple currency regimes, which frustrate businesses and have prompted calls from the World Bank for the rates to be unified to attract investment.

Rising dollar demand has put pressure on the naira as providers of foreign exchange, such as offshore investors, exited after the COVID-19 pandemic triggered a fall in global oil prices.

Central Bank Governor Godwin Emefiele in February said the currency was trading at 410 naira on the official market while the government has been using that rate for its business as it tries to boost earnings from crude sales, its main export. read more

The World Bank has linked approval of a $1.5 billion budget support loan to currency reforms.

The central bank had been trying to unify the rates and boost the dollar supply through direct interventions. It revised the futures rate on the naira upwards last month to ease pressure on the currency after quoting the 150-day futures contract at 435.81 naira, in its first dollar sales to foreign investors this year.

The bank is due to hold its interest rate setting meeting later this month with economic data on inflation and first quarter growth figures expected from next week.

It has kept rates on hold to support the economy hobbles by lower oil prices and impact of COVID-19 pandemic but dollar shortages have been contributing to rising inflation, a key source of concern for the central bank.