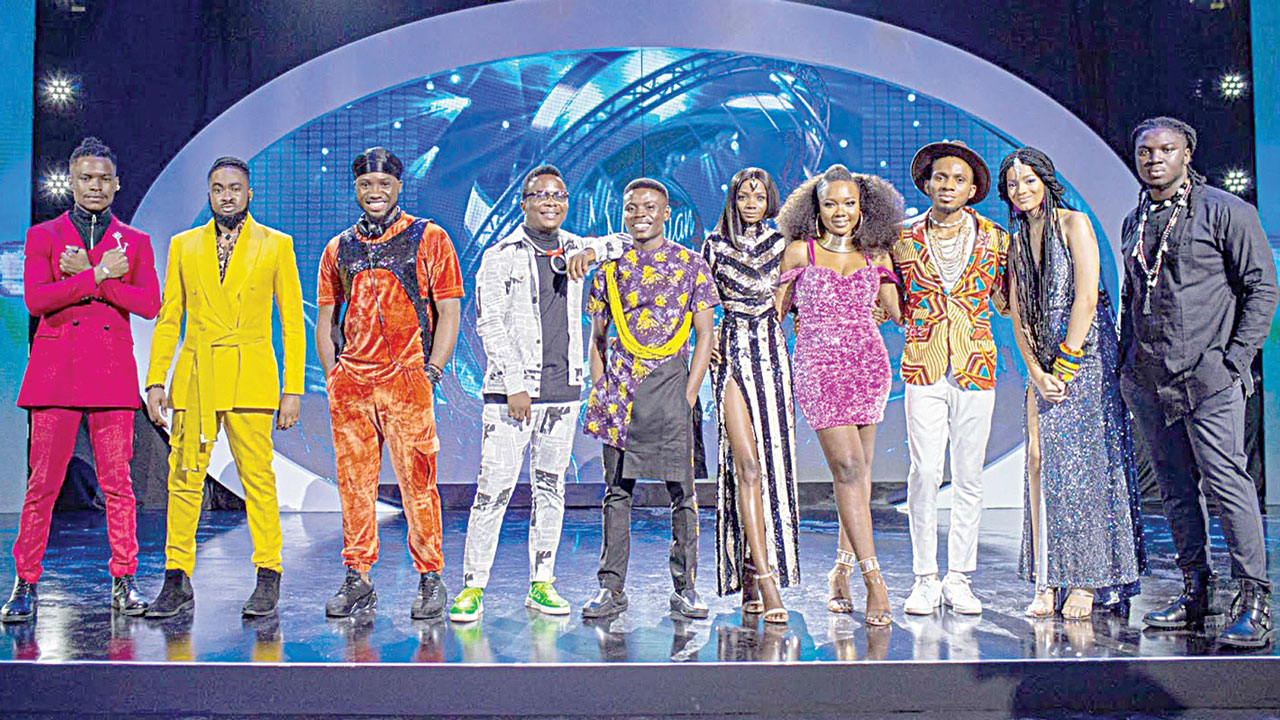 With Theatre Week over, the spotlight beamed on the top 11 contestants of the sixth season of Nigeria’s popular music talent show, Nigerian Idol. The contestants had to take on the task of performing to impress the judges – Seyi Shay, Obi Asika and DJ Sose – as well as the viewing fans at home.

Sunday, May 9, 2021, was the day for the first live performances of the season, and there was a lot to play for, as the two contestants with the least votes would be eliminated the following week.

The theme of this week’s performance was African Legends, and 23-year-old Akunna stepped up to deliver her rendition of Angelique Kidjo’s Wombo Lombo. Dressed in a regal purple dress, she clearly showed that her voice had recovered from the setback of Theatre Week. Assisted by a live band, she delivered an energetic performance which was well-received by the judges, with DJ Sose commenting on her growth, and Seyi Shay noting that Akunna had put up a “fantastic” display.

Beyonce chose to perform Angelique Kidjo’s Agolo, revealing that it was a song that she enjoyed listening to in her childhood days. Matching the energy of an African classic is no easy task, but she put in a good shift, with Seyi Shay stating that her voice had become “a lot stronger”, and Obi Asika commenting on her improved confidence.

Clinton dedicated his cover of Sweet Mother, the classic composed by the late Prince Nico Mbarga, to his mother. Assisted by an enthusiastic live band and backing vocalists, he delivered an energetic performance, with cute dance moves to boot. Obi Asika lauded his infusion of ad-libs, but DJ Sose noted that there was a drop in the quality of delivery.

Styl-Plus’ 2004 classic Olufunmi was the song that Comfort chose for her debut live performance. She struggled with her vocals, and the judges felt that she did not bring her A-game, even though Obi Asika commended her fashion choices. Daniel, dressed in a red suit, elected to try out Lucky Dube’s reggae hit I’ve Got You Babe. Obi Asika noted that he looked comfortable, and DJ Sose seemed to be satisfied by his performance.

Obi Asika and DJ Sose praised Dotun, who opted to perform a cover of Miriam Makeba’s Malaika, for his vocal range and emotive display, and Seyi Shay described the rendition as “captivating.”

Emmanuel handed in a scintillating cover of Majek Fashek’s Send Down The Rain, earning plaudits from the judges for his “stage presence” and “originality.”

Donning a bowler hat, Faith went for Sir Victor Uwaifo’s Joromi, with some help from the live band. He maintained his vocal energy from start to finish, and the judges seemed pretty pleased with his performance.

Salif Keita’s Africa is a difficult pick for any singer, but Faith Mac stepped up to the plate, bringing the high pitch and strong projection that the song deserved.

Francis took on Lucky Dube’s Remember Me for his live performance, partly because his father loved the song, and partly because he wanted to spare a few thoughts for people who had to grow up without a father figure. Seyi Shay positively commented on his vocal range, and Obi Asika also felt that the singing was “emotive.”

The final performance of the night had Kingdom performing Lebo M’s The Lion Sleeps Tonight (from the movie Lion King), a rendition which sat well with the judges: Obi Asika commented on his “presence.”
At this stage of the competition, the power is solely in the hands of the viewers, as they get to determine who stays and who leaves.

Voting on Nigerian Idol is via website, mobile site, MyDStv and MyGOtv apps and via SMS, which is available only in Nigeria. You may vote for your favourite contestant via the Africa Magic website, www.africamagic.tv/nigerianidol and the Africa Magic mobile site by selecting contestants of your choice and entering your number of votes and click