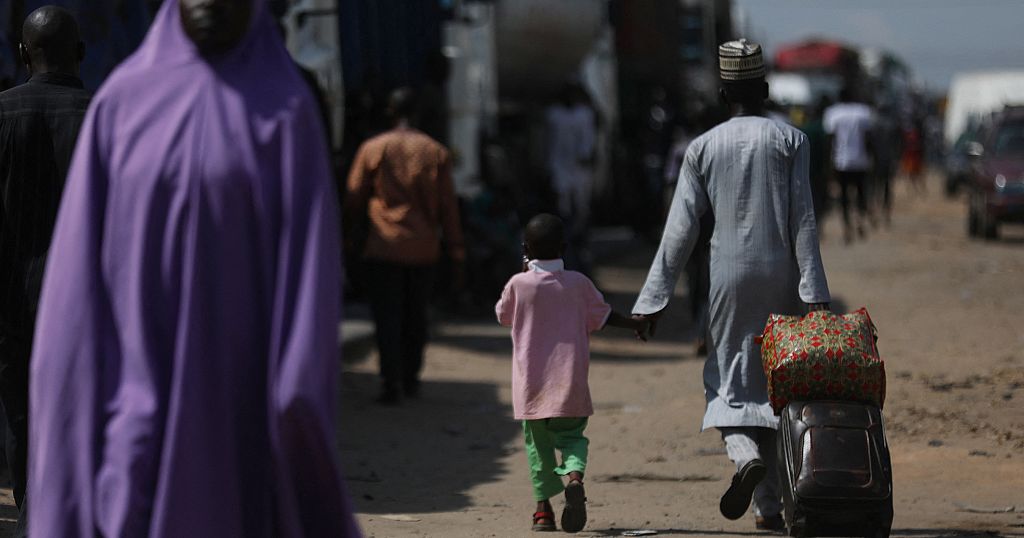 Relatives of students recently kidnapped by bandits in Nigeria demand answers from authorities and their children’s return.

14 university students and staff were abducted in Kaduna Saturday,

150 students on Sunday in the government area of Rafi.

The worst case this year saw 279 girls taken in Jangebe in February.

Many local school staff and parents are pleading for help.

Mallam Abubakar Gimi, the Director of the school is tearful about the current state of affairs.

“The government has not made any effort and no government officials have visited or called to check on the matter, even the commissioner of the police only sent a representative who came and discredited our claims saying we only wanted to obtain money from the government. He didn’t visit the scene, we were invited to the police station to meet him.”

Ransom money demanded of the relatives by the armed kidnappers via death threats in exchange for the release of the children.

Hundreds have been abducted from schools since December alone.

Many parents are desperate.

Mallama Hauwa’u, the mother of an abducted student needs support.

“I want to plead with the government and the general public to help me, to help us, because I am just a poor woman who has nothing.”

Many schools in the affected regions are closed due to the frequency of mass child abductions.

Police confirmed that a large number of students were abducted, and one person was killed but did not release exact numbers.

Wasiu Abiodun, the Niger state police spokesman, said the abduction was carried out by “armed bandits on board motorcycles in their numbers.”

Authorities said that “tactical teams” have been mobilised to rescue the students.

“Honestly, I will say that we don’t have a government, because even before this incident happened you heard people shouting that they were coming, then when it happened, and you go to the police station, no action is taken,” said Rabiu Garkuwa, the father of two abducted boys, as he waited for news outside the school.

The incident is the latest in a series of mass abductions in Nigerian schools by armed gangs who collect money for ransom.