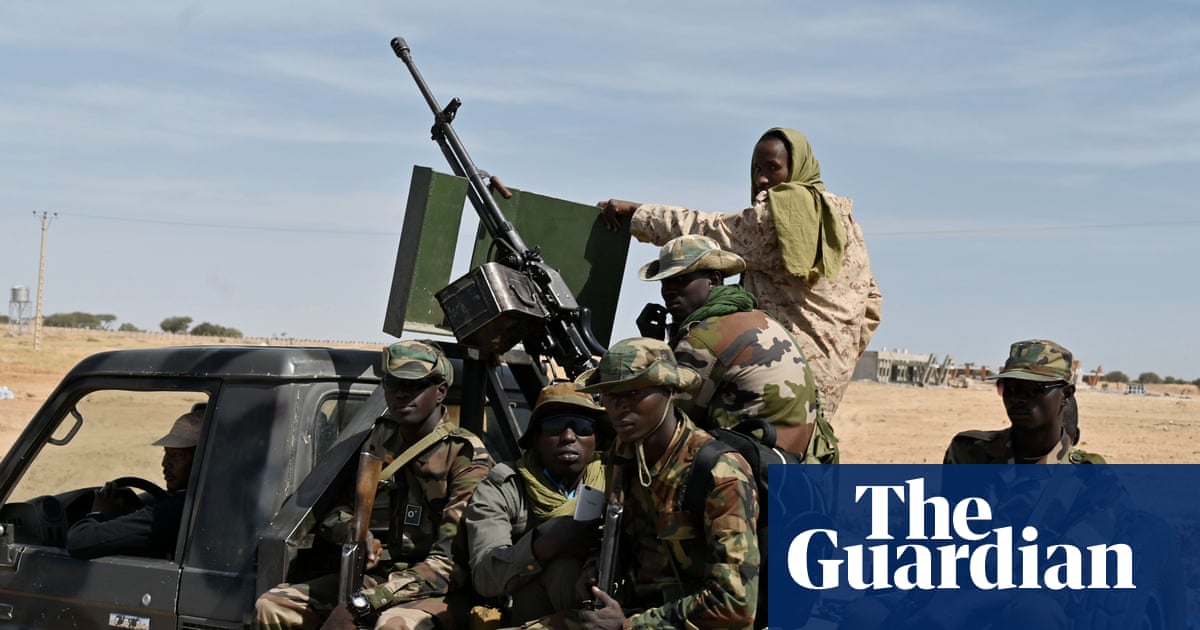 “Can our president keep us safe when we travel to any part of this country?” said Muhammadu Buhari in 2015, months before the former military dictator won the Nigerian presidency on a wave of mass anger at jihadist violence and corruption. “Is your life better today than it was six years ago?”

Halfway through his second term, the same questions are being levelled at him. As an insurgency in the north-east has persisted – and grown in recent years – security crises have proliferated around the country. Criticism has mounted against his administration, including from within his own party.

When the former military general came to power, many bought into his promise to end the violence in north-east Nigeria. Yet despite many claims to have defeated Boko Haram, jihadist insurgency led by other groups remains a daily reality there, with no end in sight after 12 years of conflict.

The likely death or exile of Boko Haram’s leader, Abubakar Shekau, and many of his fighters at the hands of the rival terror group Islamic State West Africa Province (Iswap) has further complicated and deepened the crisis in the region. Iswap, which is aligned with Isis, appears to be on the ascendancy in north-east Nigeria and the Lake Chad region.

Although significant gains in undoing Boko Haram’s hold were made early in Buhari’s first term, they have gradually eroded according to Audu Bulama Bukarti, a senior analyst at the Tony Blair Institute for Global Change.

“Buhari hit the ground running when he took over,” he said. “We saw Boko Haram being beaten back from occupying a region the size of Belgium. They were significantly dismantled and dislodged. The mistake the Buhari administration made was to take ‘dismantling and dislodging’ Boko Haram to mean ‘defeating’ Boko Haram.”

Failures in military strategy allowed jihadists to rebound, he said, with the Isis-aligned Iswap now the dominant and more potent challenge to Nigerian authorities.

The shortcomings of Nigeria’s army and security forces are increasingly glaring. When Buhari ran for office in 2015, there were widespread accusations that corruption was leaving Nigerian soldiers with less powerful weaponry than the jihadists.

“Boko Haram would come in their hundreds and with weapons much more powerful than the Nigerian military. Soldiers reported how they would stop [firing] after every minute or so because the guns would get too hot. And these were guns that were bought in the 1970s,” said Bukarti, who in 2014 defended 13 soldiers in court after they were accused of a failure to fight back against jihadists. “Very little has changed since 2014.”

In recent years, despite huge spending on military procurement, similar accusations have resurfaced. In a viral video last year, a Nigerian commander fighting in the north-east lamented the lack of ammunition given to his soldiers. “It appears the people we are fighting have more firepower than us,” he said. He was sacked after an investigation.

Attacks by bandit groups on rural communities in north-west and central Nigeria have claimed thousands of lives. More than 1,100 people were killed in the first half of 2020, according to Amnesty International, with more than 300 deaths in April alone.

Bandit gangs existed long before Buhari came to office. But militants have exploited the security vacuum in rural areas, giving them an opening to launch mass killings, robberies and kidnaps from their forest enclaves.

New alliances between the various groups have added to the fear that north-west Nigeria’s crisis is deteriorating. Many residents lament how openly the assailants operate: often they are known to the communities they attack, and to the government officials who have granted them amnesties and settlements.

Kidnapping for ransom, particularly targeting schools and interstate transportation links, has sent shock waves through the country. There have been at least six mass kidnappings of schoolchildren and university students in the last six months.

With Nigeria’s economy reeling from two recessions in five years and the economic effects of the pandemic, kidnaps for ransom have become more common. In many cases, families say the police know where the assailants are keeping their kidnapped relatives, but are afraid or reluctant to pursue them.

Compounding these problems is the emergence of a pro-Biafran secessionist militancy in south-east Nigeria, with attacks against police and government agencies. Police blame the Eastern Security Network, a military wing of the Indigenous People of Biafra (Ipob), the dominant pro-Biafra group in south-east Nigeria.

In the years since 2015, south-east Nigeria has experienced the most marked resurgence in secessionist sentiment since the 1967-70 Biafra war, when millions died in one of the darkest chapters of Nigerian history.

New and controversial crackdowns on mass protests and on operations against pro-Biafra groups have added to the tension.

“You don’t have to be an expert on the south-east to note that what we are seeing [with pro-Biafran groups] resembles the beginning of the Boko Haram insurgency in north-east Nigeria,” Bukarti said. “These armed groups are launching strategic and calculated attacks on security agencies and civil authorities.”

With two years to go before the next presidential election, insecurity appears to be an even more potent issue than it was when Buhari came to power. The ageing leader now cuts a remote figure, issuing promises to end the bloodshed and mete out justice to criminals, but rarely seen to be meaningfully engaged. The crises, meanwhile, go on.