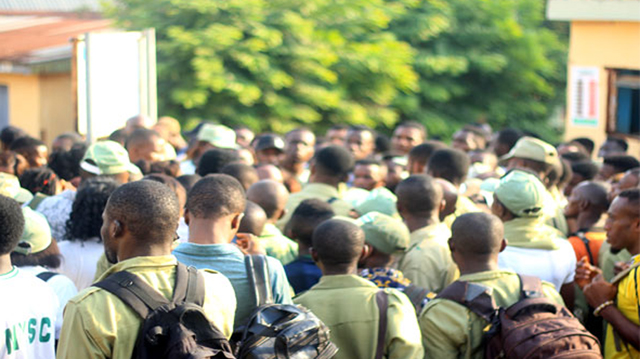 Though the Federal Government had stated that it would not scrap the scheme then, without addressing the reasons that prompted and even justified the calls, the agitations against the scheme would have continued. Part of the measures taken by the Federal Government to revamp the scheme and restore public confidence was appointing Brig Gen Shuaibu Ibrahim to head it and carry out comprehensive reforms. Within two years, the NYSC scheme has reemerged well rebranded after the rediscovery with the far-reaching reforms introduced by the intellectual soldier, administrator and reformer.

Brig Gen Ibrahim is a typical modern-day chief executive who knows how to keep abreast with changing times and often engage in what behavioural psychologists call Organizational Redesign, which was what the NYSC urgently needed before his assumption of office. Organizational redesign involves the integration of structure, processes, and people to support the implementation of strategy and therefore goes beyond the traditional tinkering with “lines and boxes.”

Brig Gen Ibrahim knows that, today, when organizational redesign of a place matches its strategic intentions, everyone will be primed to execute and deliver them. He therefore focused on the workability of the NYSC’s structure, processes, and securing the buy-in of the workers and corps members in order to make his deep reforms possible.

The scheme was initiated to foster unity among Nigerians and to promote service to the nation. The conception and founding of the corps was essentially for unity. In his inaugural address as the President of the United States, John F. Kennedy spoke his famous words, “ask not what your country can do for you, ask what you can do for your country.” This use of chiasmus can be seen even as a call to action for the citizens to do what is right for the greater good of America and Americans. The Gowon regime smarting from a debilitating civil war was determined to rouse Nigerian youths to the urgent task of nation building and national unity.

Despite its nobility,  after existing for more than 40 years, some stakeholders began to call for the scrapping of the scheme due to its dwindling performance. Brig-Gen Shuaibu however has been able to prove that the nation cannot dismiss the gains of the NYSC scheme in integrating Nigerians and stands firmly, through his landmark star achievements, for the sustenance of the scheme to continue in its capacity-building of Nigeria citizens and as an indispensable aspect of integrating the nation’s over 250 ethnic groups and cultures.

To achieve the total turnaround of the scheme in such record time, this ‘philosopher king’ and soldier promptly came up with a five-point policy thrusts, namely:
·        Sustain effective utilisation of the potentials of Corps Members for optimal benefit;
·        Strengthen existing collaborations with critical stakeholders;
·        Improve on the welfare and security of Corps Members and staff;
·        Pursue a technologically driven organisation to deepen effective service delivery;
·        Reinvigorate the NYSC Ventures and Skills Acquisition & Entrepreneurship Department (SAED in line with the NYSC Act for greater impact.

In his dogged pursuit of sustain effective utilisation of the potentials of corps members for optimal benefit; and strengthen existing collaborations with critical stakeholders, corps members are fully deployed to help the Independent National Electoral Commission (INEC) for credible elections. The members of the scheme are reoriented to remain impartial, intellectually equipped to consolidate and extend the Nigerian democratic frontiers, which they have done credibly well since 2011.

Brig Gen Ibrahim has ensured that corps members remain purveyor belt for development, behavioral change and nation – building and found in the 774 Local Government Areas of Nigeria where they are serving the nation in all the sectors of the economy. They drive the economy through their unquantifiable contributions to the small and medium scale enterprises.

He has also ensured that corps members remain the major force in manpower supply in the education sector. Apart from election duties, the corps members help in the administration of the Unified Tertiary Matriculation Exam, where they see to the successful conducts of examinations. They have also augmented the dwindling number of teachers nationwide where the profession is seen as not lucrative. This is aside the health sector, where consultants are being harvested by foreign countries where they are paid heavily, corps members are standing in the gap.

In a sense the scheme has ensured a reduction in unemployment. While in service, the government pays corps members a paltry sum of N33,000 monthly as stipend. This is aside the money being paid to some by the organisation they work for. Though, this money is small in comparison to the service they are expected to render as graduates, it goes a long way to keep youths from societal vices by keeping them busy hence, the government spends less on security unlike when such doesn’t exist, the government will have to spend three times the money they are spending now on NYSC to combat crime. As the Nigerian population is growing geometrically, the NYSC smothers the harm that usually befall a population that’s not planned for by giving the Nigerian youths a respite and nurse them to discover themselves on time before they could think of going criminal.

Brig Gen Ibrahim has ensured that corps members continue to receive the exposure as envisaged by the scheme. He ensures that corps members are posted to the states of the federation other than their own states of origin and exposed to the diversities and cultural differences abound in the country in the promotion of unity and respect for other ethnic groups and cultures.

Other achievements of this exceptional leader as the Director General of the NYSC are: the production of an NYSC movie titled “A Call to Service” currently in its post-production. Apart from its entertainment value, the movie is being packaged as an enabler of a better understanding and healthy perception of the scheme by the general public.

The Director General has also established the NYSC National Cultural Troupe to provide an avenue  for corps members to hone their talents in drama and cultural dance, with the potential of shoring up the revenue base of the scheme through its activities when commercialized. This will add to the over N280, 000,000.00, which the scheme has unprecedentedly paid into the national coffers under him as internally generated revenue for the first time in the annals of its history.

Corruption, which has been ravaging the nation’s public service, has also engaged the attention of the NYSC Director General. His concern for a corrupt-free Nigeria prompted him to organise a National Anti-Corruption Walk as the NYSC’s contributions to the fight against corruption. The programme involved thousands of corps members in the nationwide rally/road walk , which the scheme organised in collaboration with  the Economic and Financial Crimes Commission (EFCC) and the Federal Ministry of Youth and Sports Development and carried out on 14th February, 2020. The Director-General personally joined the corps members and officials in Kano State Secretariat for the rally, which was tagged “Nigerian Youths March Against Corruption.”

The outbreak of the COVID-19 pandemic caused a global socio-economic crisis, which could have more adversely affected the activities of the NYSC were it not for the creativity and ingenuity of the Director General. He prompted corps members to rise patriotically to the challenge and they produced  non-pharmaceutical intervention materials such as face-mask, liquid soap, alcohol – based hand sanitiser and distributed them to the less privileged Nigerians round the country, gratis. This included foot-operated water, liquid soap and hand sanitiser dispensers, which were fabricated by corps members in several states aside the scheme’s vigorous public enlightenment campaign against the deadly virus.

When the COVID-19 Pandemic broke, the NYSC under  Ibrahim pioneered the interfacing and abridging of the disruptive gaps caused by the COVID-19 imposed protocols by relying on ICT-mediated methods. Thus the NYSC Director General was able to hold virtual meetings with serving corps members, as well as NYSC State Coordinators across the country, a practice that has continued and has helped the NYSC to improve on its service delivery and keep abreast with current realities and global best practices

Over the years, the NYSC has been enmeshed in all manner of practices that are less than noble, which included age falsification.

The Chief Executive introduced the inscription of date of birth on the Certificate of National Service and Exclusion Letter, beginning with the 2019 Batch “A” corps members and 2019 Batch “C” respectively in  an effective way of  checking the manipulation of date of birth by ineligible persons seeking mobilisation for national service. Apart from helping in sanitising the scheme, this measure also bears out in checkmating the falsification of records for employment, visa, and political appointments, among others.

Worthy of mention also is the Five-Year Strategic Development Plan for the Scheme, review of the NYSC Composite  Policy Document and documentation of the activities of the scheme that have all repositioned the Scheme. Furthermore, the regained impetus of the scheme under Brig Gen Shuaibu Ibrahim has led to the inclusion of the NYSC into the Presidential Steering Committee on Alternate School Programme and the Mambilla Hydro Power Project by the Federal Government. These inclusions are testimonials to the fresh impetus and recognition the scheme has gained its exceptional leader.

The Director General has also paid condolence and reassuring visits to the families of deceased and missing corps members in Plateau, Kaduna and Edo states as a mark of solidarity. Such gestures have increased the confidence of Corps members and their families in the Scheme, and have also engendered more zeal for patriotic service by the members of the Corps.

Brig Gen Shuaibu Ibrahim is an intellectual, an academic and an administrative who has risen to status of an Associate Professor. Born 54 years ago, and hails from Nasarawa Local Government Area of Nasarawa State.

Like the great philosopher Plato argued,  philosopher kings should be leaders, so that  their leadership may depend on knowledge, as Ibrahim has unsurprisingly proved as the Director General of the NYSC.

Onwubiko is head of the Human Rights Writers Association Of Nigeria (HURIWA) and was a federal commissioner at the National Human Rights Commission of Nigeria.