That 23-million-man army – The Nation Newspaper

That 23-million-man army – The Nation Newspaper 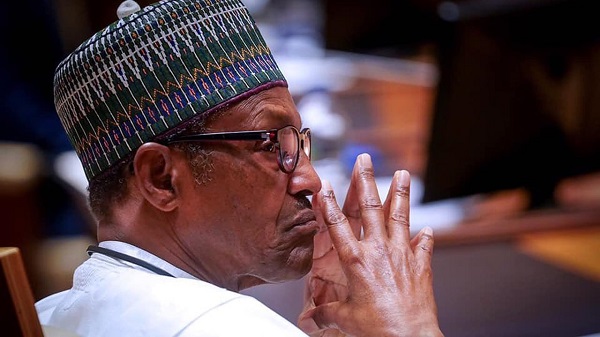 The other day, the National Bureau of Statistics released, what ordinarily would have passed as a ‘sobering’ statistic on the unemployment situation in the country. In an environment where nothing shocks anymore, where the most outrageous have become routine, it would seem part of the new normal that the revelations merely passed off as one of those things – something that the federal government could afford feign indifference and the legislature couldn’t be bothered with.

Now, much as it could be argued that no cold dreary stats could adequately capture the intricate and complex dimensions of the unemployment crisis, suffice to say that the figures in some way provide a window into not just the depth of the crisis facing us but offer a sort of prognosis into a malaise that poses grave threats to the fabrics of national cohesion with serious implications for national security and stability. Clearly, if the figures are any revealing, it is of a country literally sitting on a keg of gunpowder!

Did I hear someone say we’ve heard that before? Very true, at least in part. Nothing in the broad finding is actually any new. If there is anything new, it is that the situation, far from improving, is actually getting worse. Take for instance this one: That the unemployment rate not only increased from the 27.1% in the second quarter of 2020 to 33.3%. Or even more specifically, that some 23,187,389 Nigerians out there have either nothing to do or worked for less than 20 hours a week. Or still, that some 1,422,772 persons were added to the labour market between the second quarter of the past year right up to the time the economy slipped into recession.

These indices must be seen as frightening; frightening because the trend continues to surge despite the administration’s claims to have tried every trick in the rule-book to tame the monster. Thanks to Godwin Emefiele, the Central Bank of Nigeria (CBN), we have just enough ‘interventionist’ programmes for every activity under the sun and for all the problems identified. From agriculture to agro-business; micro, small and medium scale enterprises; just name it.  On each, billions of naira have been poured, not just in the expectation of a stated goal of self-sufficiency in the intervention area, but also to create jobs across their value chains while taking as many as possible out of the loop. Yet, these seems to have made little difference.

As for the federal government, it has also not been sleeping easy. In this, Nigerians would recall the N-Power initiative launched by President Muhammadu Buhari in 2016 aimed at addressing youth unemployment. The scheme, which initially targeted 500,000 Nigerians in three batches is said to have gulped some N279 billion in the three years running from 2016-2019. Not forgetting the administration’s brainwave – the Special Public Works (SPW) programme– a three-month programme initiated by the Ministry of Labour, designed to engage some 774,000 mostly artisans across the 774 local governments in the country for public works. The latter, unfortunately seems to have been thrown into the jeopardy as one might expect of a project conceived, not necessarily to address the problem in any fundamental sense, but something as a scheme to ‘keep the boys happy’.

Whereas in their conception, the initiatives might not be lacking in good intentions, none can be said to aspire to the level of creative thinking in the context of the so-called problem.

Talk of a country with a penchant to grope in the dark even when a tiny spark of light would do a world of good – little of course is known of the profile of this mass and for which the government seeks the targeted intervention. Clearly, if the NBS stats gave little away about the character of this huge army, their skill sets, level of education or what some prefer to call ‘employability’, it is more often than not, treated like the other army – the 13 million out-of-school kids many of whose destinies has long been determined as “irrecoverable”. In other words, the dense figures about the mass are only brought up when some high officials want to impress about their grasp of the Nigerian reality!

Yet, they are a force we can neither ignore, nor would they allow us some peace. At least not when they are known to supply the bulk of the other army in the counter-culture of crime and social maladjustment and deviance, providing as it were, the recruitment grounds for the other lumpen: the bandits; the local terrorists with a mission to kill for anything and nothing; cultists out to exact revenge from society for whatever; the drug abuser that mirrors a society that prefers the fancy world of escape; among these number the ladies of the night; the ethnic agitators and cyber-criminals.

Meanwhile, we shudder about what the future holds, not just for the mass but for the rest of the country, even when we have neither been able to find the means nor seem to be able fashion a creative response to the challenge they pose, both in the context of the rapidly changing world of work, and also in the context of the imperative of social adjustment.

Which is why yours truly is not exactly surprised at the reaction of some Nigerians to the suggestion by the National Leader of the All Progressives’ Congress, APC, Asiwaju Bola Ahmed Tinubu  at the colloquium marking his birthday on Monday last week. As against some of the ad hoc measures being pushed out all of which have had little impact, his prescription, rather than being outlandish as some appear to suggest, actually came across as bold and daring: some five million youths to be recruited into the security services to help tackle the variegated security challenges facing the country. For while those eager to pick issues prefer to dwell on the mechanics, the real substance, which is that the country needs a completely new approach to the unemployment crisis can hardly be faulted. Of course, it begins with the recognition that the nation has already lost a generation to the planlessness of the past; and that the country would somehow have to the will to bring back the displaced army into the economic fold. And that this requires something of a New Deal.