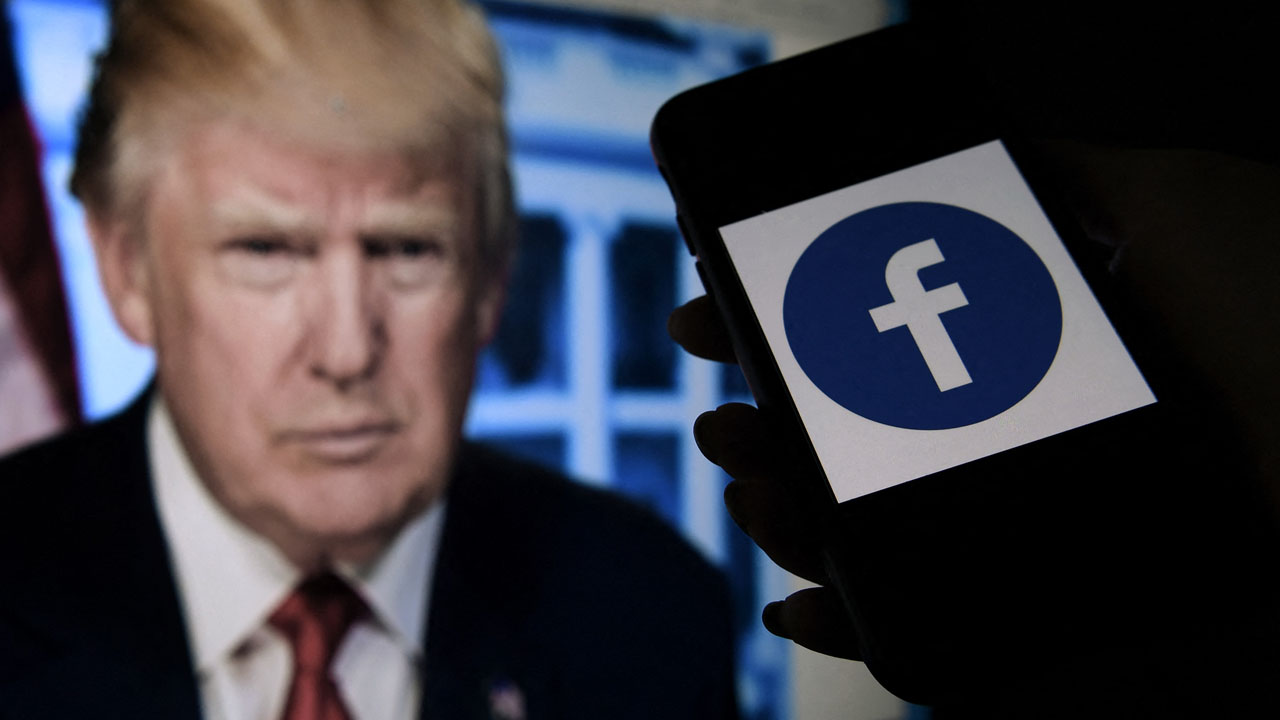 In this photo illustration, a phone screen displays a Facebook logo with the official portrait of former US President Donald Trump on the background, on May 4, 2021, in Arlington, Virginia. (Photo by Olivier DOULIERY / AFP)

Former US president Donald Trump said Friday his two-year ban by Facebook was an “insult” to voters, renewing his false claims that the 2020 presidential election was stolen from him.

“Facebook’s ruling is an insult to the record-setting 75M people, plus many others, who voted for us in the 2020 Rigged Presidential Election,” Trump said in a statement.

“They shouldn’t be allowed to get away with this censoring and silencing, and ultimately, we will win. Our Country can’t take this abuse anymore!”