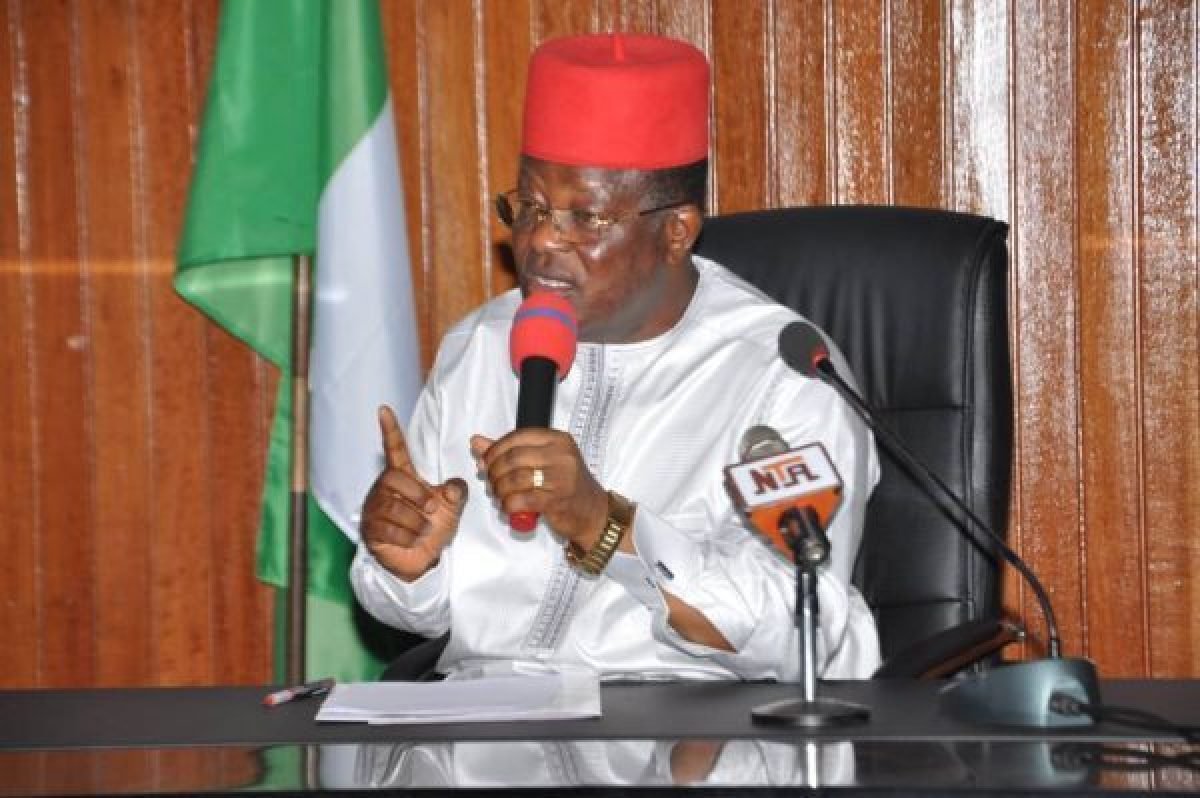 David Umahi, governor of Ebonyi state, says the south-east region does not want to secede from Nigeria.

The proscribed Indigenous People of Biafra (IPOB) and the Movement for the Actualisation of the Sovereign State of Biafra (MASSOB) are both campaigning for the secession of the south-east from Nigeria.

IPOB was formed in 2012 by Nnamdi Kanu while MASSOB was founded in 1999 by Ralph Uwazuruike.

The governor said though some of the agitations of the youth in the region are “rightful”, they have been hijacked and become violent.

Umahi, who is also the chairman of the South-east Governors Forum,  said despite the security challenges plaguing the south-east, the region does not want any form of war but wants to be part of a peaceful Nigeria.

The governor said he believes in dialogue and called on aggrieved groups to come forward to air their grievances and demands.

“The situation in the South East is a mixture of reality, fake news and war propaganda. Are there rightful agitations in the Southeast? Yes. Has it turned violent? Yes. It’s been hijacked,” Umahi said.

“In the southeast we don’t want war, we don’t want to secede, we want to be a part of a fair Nigeria where justice, equity and freedom exist.

“I have offered, and all the south-east governors…present your demands, embrace and renounce and hand over to us.

“There is no region in the country today that does not have one thing or the other against the federal government.

“But we have not sat down to discuss and that is what we are demanding from our youth, whether banned or barred, let us hear your grievances. Give us six months to engage the federal government to address all these.

“I believe in dialogue, I believe we can sit as people, discuss and find what our differences are and we can also, together, discuss how we can strengthen our cooperation as a people.”

On the two offices of the Independent National Electoral Commission (INEC) that were razed in the state, Umahi condemned the action, describing the reason behind the incident as “a terrible mindset”.

“A lot of people have been brainwashed about Biafra; that there will be no elections in the region in 2023,” he said.

“INEC offices are not being burnt in other parts of the country. It’s a terrible mindset for anybody to be doing this. They are criminals.”

The governor also condemned the mayhem in the region, adding that Ebube-Agu, the south-east security outfit, has come to stay.

“Ebube Agu is a change of name. My state has signed our Ebube Agu into law and it has come to stay. It is to protect the people. Once you are not a criminal, you are safe,” he said.

“No matter what name you bear, you are banned or barred and causing trouble in the south-east, Ebube Agu will address that with the security agencies.”

Umahi said those against the southern governors’ resolve to ban open grazing want killings to continue in the country.

Abubakar Malami, attorney-general of the federation, had argued against it, saying the plan is equivalent to prohibiting spare parts trading in the north.

But Umahi said those against the southern governors’ resolve misunderstand the situation.

According to him, the south has no grazing routes, and allowing cattle to move freely would mean trespassing on people’s property,

He, therefore, asked the federal government to implement ranching and business models for livestock management.