Without Trump, political disinformation dips — for now | The Guardian – Guardian

Without Trump, political disinformation dips — for now | The Guardian – Guardian 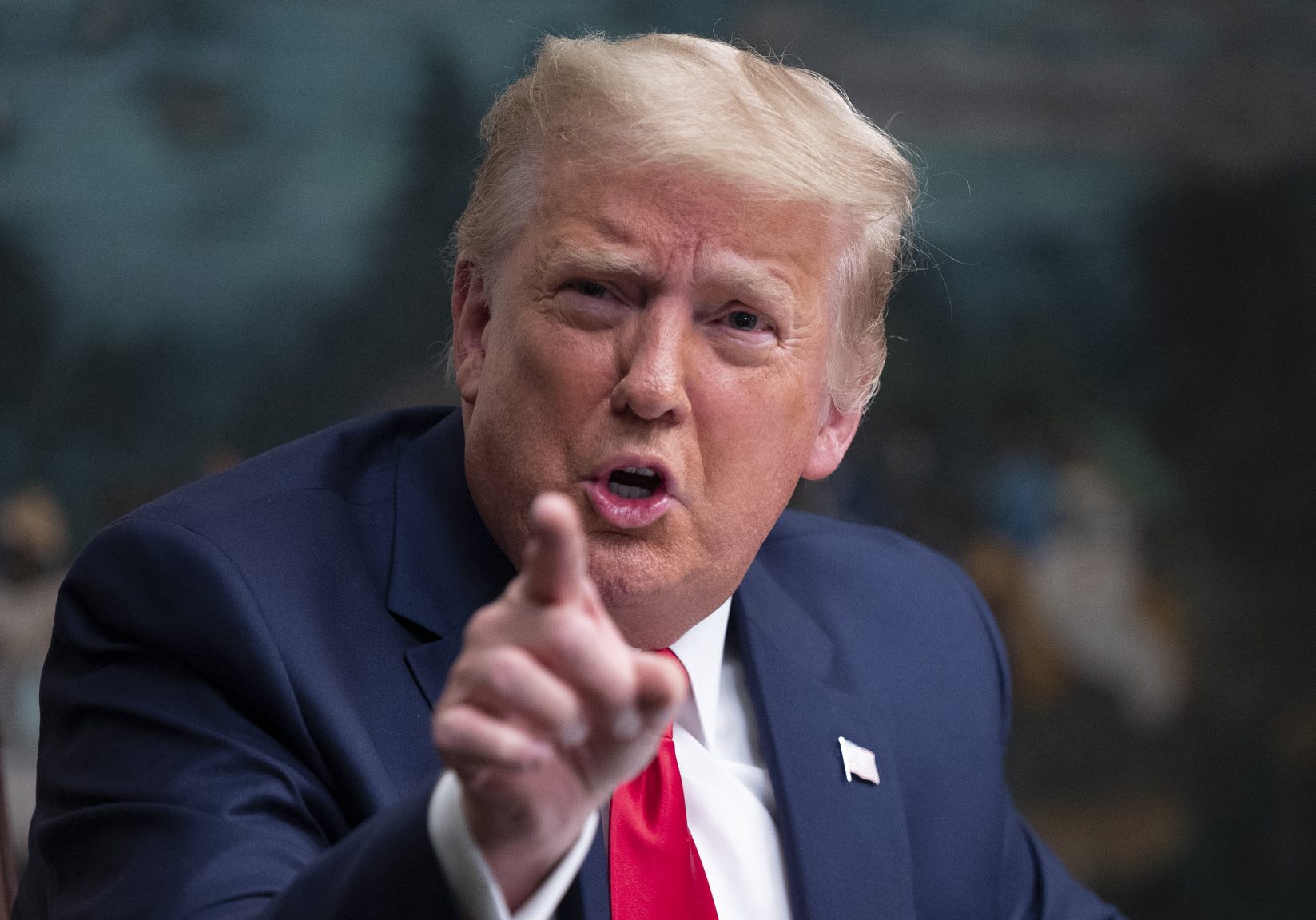 (FILES) In this file photo former US President Donald Trump speaks to reporters after participating in a Thanksgiving teleconference with members of the United States Military, at the White House in Washington, DC, on November 26, 2020. – YouTube has suspended Donald Trump indefinitely from the platform and said it will also prevent the former president’s lawyer Rudy Giuliani from being able to monetize his clips, US media reported. It comes a week after the social media giant confirmed it would extend a ban on Trump’s channel — which has just under three million subscribers — joining other social media platforms in banning his accounts following the deadly January 6, 2021, Capitol riot. (Photo by ANDREW CABALLERO-REYNOLDS / AFP)

Twitter said it permanently suspended Donald Trump’s account after the January 6 Capitol riot because there was a risk of further incitement of violence, following months of tweets disputing Joe Biden’s presidential election victory.

False and misleading claims about American politics have since plummeted, a trend Twitter and Facebook — which also blocked Trump but may reverse course — are keen to take credit for.

With Trump muted, a comparatively media-shy Biden in the White House, and no election cycle underway, Americans remain interested in economic recovery and a Covid-19 vaccine rollout but are not as consumed by politics as they were in 2020.

It is that shift in the news cycle, rather than any fundamental change in how people spread inaccurate information, that is responsible for a lower volume of political falsehoods, experts say.

“The single most important thing was de-platforming Donald Trump,” according to Professor Russell Muirhead, co-author of “A Lot of People Are Saying,” a book title that plays on one of Trump’s most popular sayings, used when promoting unproven theories.

“It has removed a daily blizzard of misinformation from the ecosystem,” Muirhead told AFP. “Not being bombarded is helping people’s misinformation immune systems to reset themselves and recover.”

But the effect is likely temporary in an online environment where news shapes misinformation. Conspiracy theories about vaccines, for example, have flourished in 2021.

‘A lot less interesting’
“The business of government, at its best, is not entertaining,” said Muirhead. “And the Biden administration is determined to be un-entertaining. That being said, we can expect the volume of misinformation to go back up when we approach an election.”

Trump had more than 88 million followers when his Twitter account was suspended. Along with Facebook posts, tweets were his primary method of alleging without evidence — more than 60 court cases have been lost — that voter fraud cost him a second term.

Researchers are currently analyzing the effects of election misinformation and the bans on Trump, but an early study in December showed that soft warning labels describing his tweets as containing disputed information did not stop them being shared.

In fact, those tweets tended to spread longer and farther, most probably a reflection of the partisanship and loyalty of Trump supporters. Only a hard label that said a Trump tweet was false or misleading stopped it from being shared.

“The overwhelming source of misinformation in 2020 was about the integrity of this election,” said Joshua Tucker, a professor of politics and expert on data science and social media at New York University.

“We have this weird situation where two-thirds of Republicans still think the election was fraudulent. The drawn-out period of two and a half months between November and the inauguration meant the misinformation itself was interesting because there was an unresolved question about who was going to be president on January 21,” he said.

“That question got a lot less interesting after January 21.”

Trump social network?
But conspiracy theories have not died out.

After Biden’s inauguration, the shadowy QAnon pushed the claim that Trump would come back to power on March 4, which led the government to take steps to defend Washington.

The date passed uneventfully, further marginalizing the cult that baselessly claims that Biden and other Democrats are part of a Satan-worshipping global cabal of pedophiles.

Researchers earlier this month said Americans spread falsehoods on social media because they are simply not paying attention to whether the content is accurate.

For Tucker, the fact that Biden is president and dozens of Trump court cases failed means fewer people are convinced that de-platforming him is a threat to free speech.

“A benefit of a social network is being able to communicate with your friends,” Tucker said of Facebook.

“People say they are going to leave, but it’s really difficult to break these network effects. There has been no apocalypse at Facebook.”

Without Twitter and Facebook, a handful of lackluster television interviews have highlighted Trump’s relative isolation, though aides of the former president say he may launch his own social media platform to help mount a comeback.

Tucker is skeptical if the idea could move beyond its political conceit to the point of capturing people’s imagination.

“Trump’s happy to start new things if he thinks he can make money. But there are lots of reasons why people are on social platforms, besides politics,” he said.

“If you’re TikTok or Clubhouse, you’re shooting for the whole of the American market. But if you’re Trump, you’re starting with one hand behind your back. A Trump-associated platform means tons of people won’t go near it.”